A4 GALA AT ALLINGHAM

A couple of weeks  before  last Christmas it was suggested that the  train club should  host our own A4 gala with several locomotives running and others on shed  to highlight the  Allingham layout .
The various locomotives were given a good running session with various coach formations and positioned for the attached photographs afterwards
Locos provided by John Massey and photographs by Eric Taylor 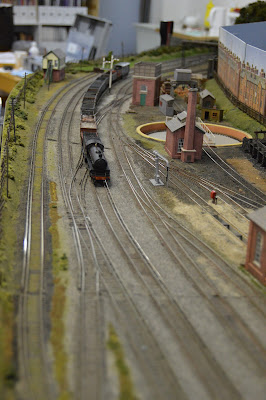 These are various recent photographs of rolling stock on the club layout, Allingham. The rolling stock itself belongs to individual members. 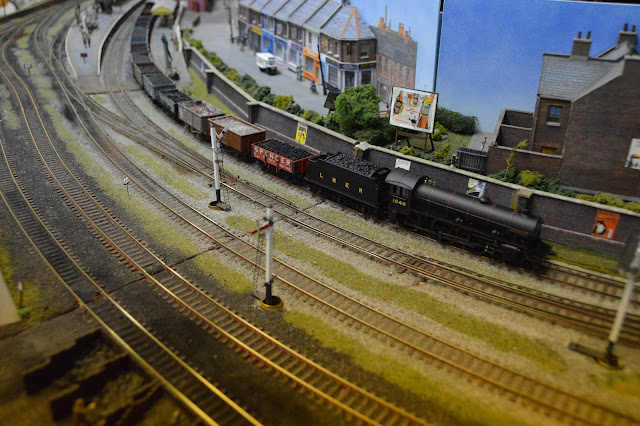 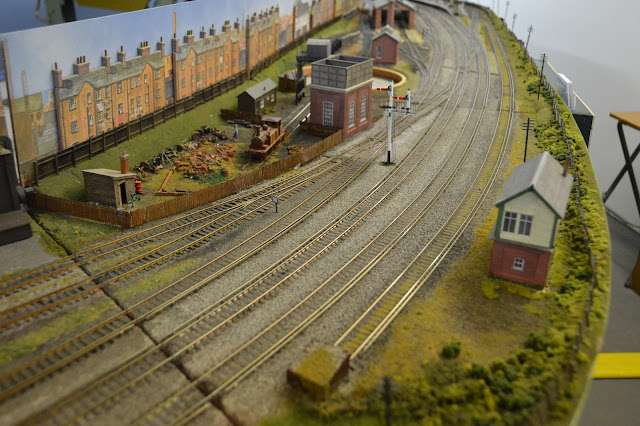 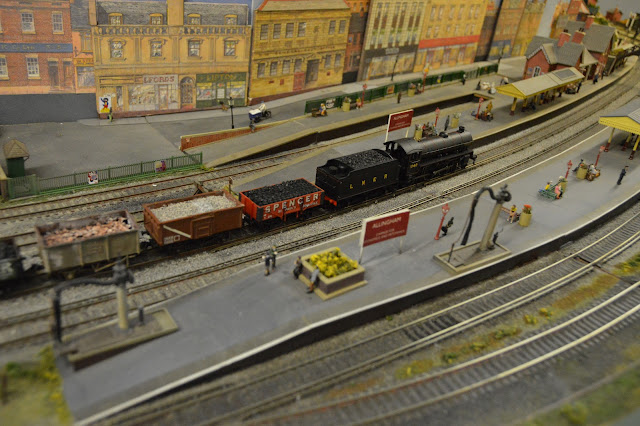 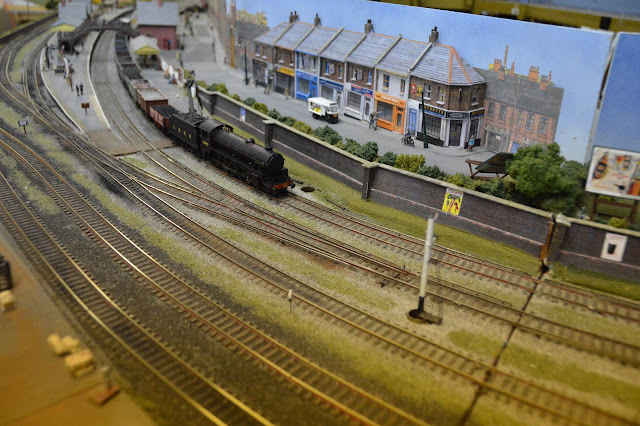 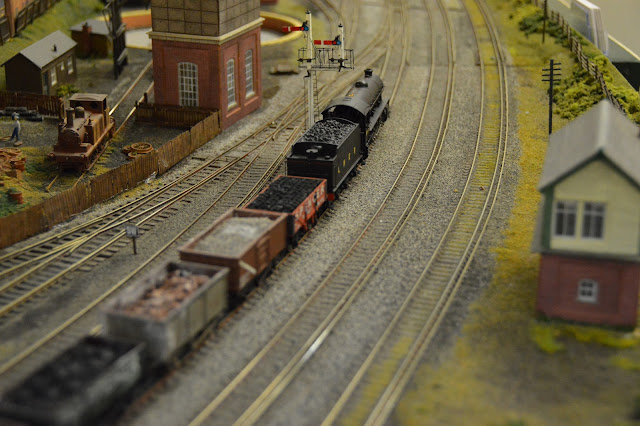 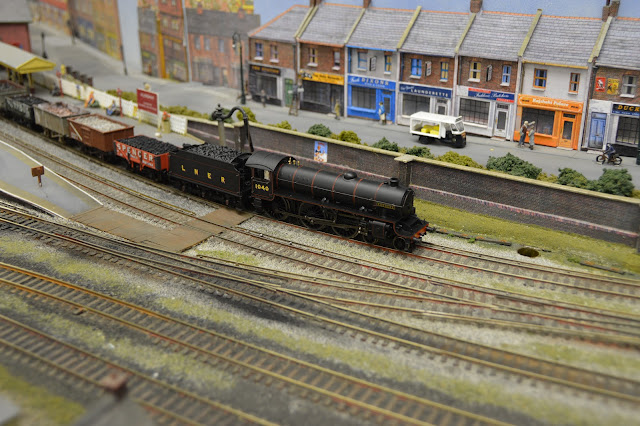 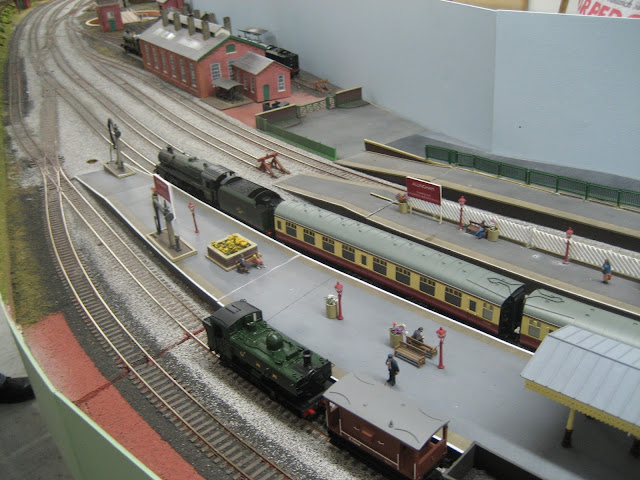 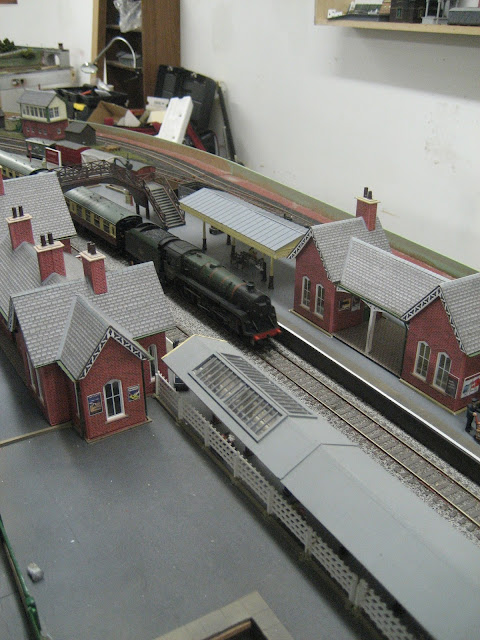 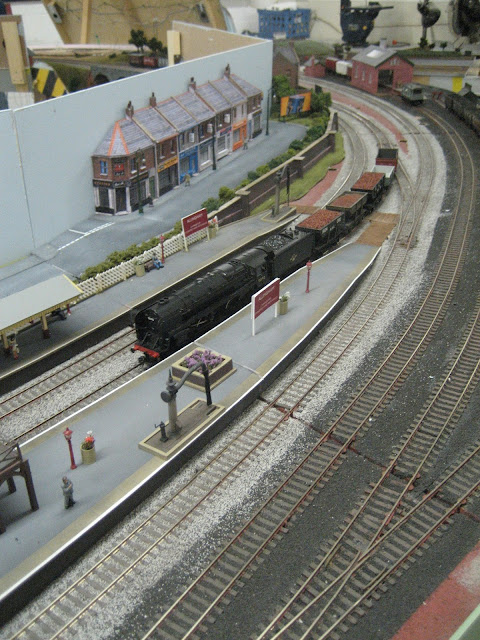 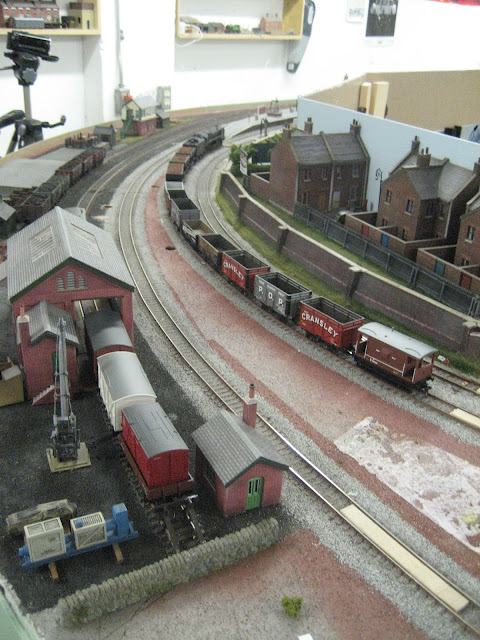 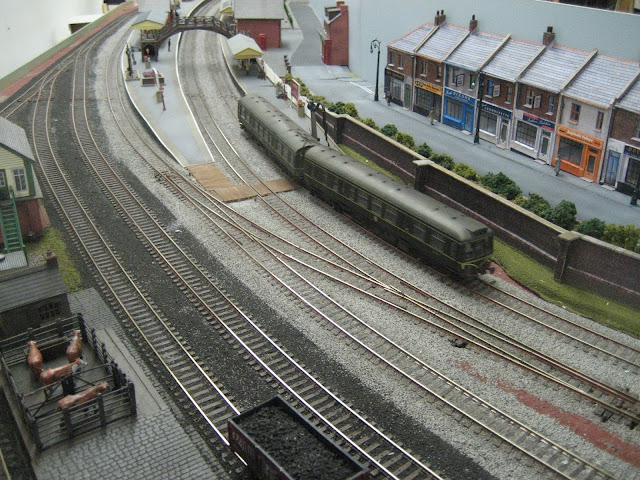 
Having painted some cows with my grand daughter recently it got me to thinking about livestock on the British Model Railway Club of Montreal’s layout Allingham and when I checked there wasn’t any. After searching through several boxes of various animals . I found a selection of fine cows and a couple of prize winning bulls. I trimmed the flashing off the shapes and cut off most of the cowbells. Some of the cows were subjected to a hot air gun treatment to realign body parts to obtain different shapes.


The herd was then washed in detergent, dried and painted a flat white colour and put aside to dry . Research showed that one of the more popular type of cow in the UK was Holsteins which were found in all parts of the country, also the basic colour of the cows was black on white with distinctively different vee shapes on the front of the foreheads .


I painted the herd with flat black over the basic white coat trying to vary the shapes of the colouring as much as possible .I also touched up some of the forehead vees to get a more defined shape . Once these were all dried I separated them according to random choice. The plastic bases were trimmed off the individual cows and the paint touched up as required.
I made a small group for the cattle pens at Patchwick Station and a larger group to spread along the fields adjacent to the branch line. I also added the farmer looking at one of his prize bulls that had just arrived at Patchwick. 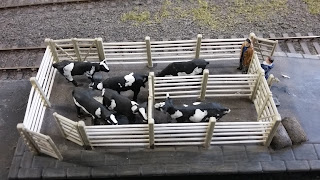 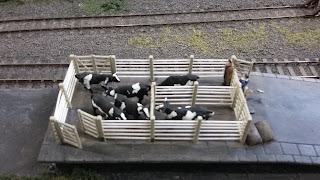 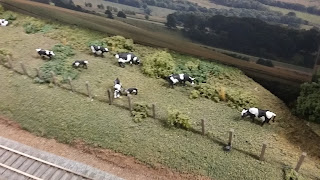 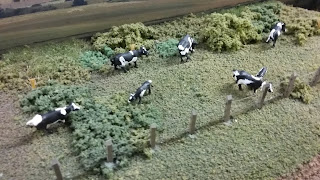 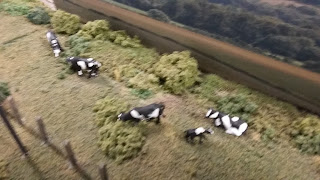 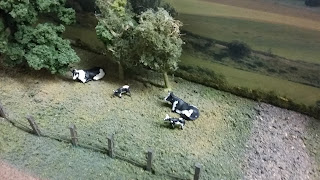 We, the members of the British Model Railway Club of Montreal would like to thank all of you who came and visited us at our club-rooms during our annual open-house during the weekend of October 21-23. We hope you all enjoyed yourselves as much as we enjoyed your presence.

The winning ticket for the Hornby Tornado Pullman Train Set door-prize was ticket #7761245, held by Padraig McLean of Côté-Saint-Luc for his children. The train set was delivered to them on Sunday evening, much to their delight.
at 9:06 AM No comments: